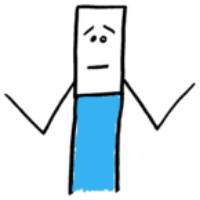 What is FAIR data?

Data are considered as "FAIR" when they comply to the rather general recommendations that all research objects have to fulfil and which were summarized under four major principles: Findability, Accessibility, Interoperability and Re-Usability.

The FAIR guiding principles for research data were originally drafted in 2015 by the FORCE11 workgroup and later published by Wilkinson et al. in 2016. They quickly became widely accepted and were adopted by several research policies and funding agencies to provide a general guideline how to handle and publish research data (Barend et al. 2017).

The principles do not provide particular properties, formats or standards that scientific data has to meet, but are rather a set of quite general recommendations that all research objects have to fulfill and which were summarized under the four major principles Findability, Accessibility, Interoperability and Re-Usability.

Due to the continously increasing amount of high-voluminous and heterogeneous research data the major goal of the FAIR data principles is to lower the barriers and efforts for humans as well as machines to efficiently discover and reuse research data. This is not only important for the research community who is interested in analyzing the data to discover new scientific findings, but also for funding agencies, who provide the budget for producing the data, and other interested stakeholders.

All datasets which are provided via the GFBio portal strive to comply with the FAIR principles. However, evaluation of the "FAIRness" of a dataset is currently difficult. One promising solution are the FAIR maturity indicators published in 2018, which provide a suitable approach to measure the FAIRness of datasets and research infrastructures.